Here is an EK piece created for use as a single colour graphic on EK "Herald" t-shirts. This graphic was created some time ago, but now that these shirts have finally been released, I figure I should also finally post about the artwork!

This piece is unique in the series, with its single colour graphic treatment, as almost all the other images in the EK Series are fully rendered, fully coloured pieces (except a couple silkscreen pieces done many years ago). I prefer my t-shirt graphics to be simple, 1/2 colour designs….as I like the bold, clean feel, so I felt that this was the right approach for this piece. 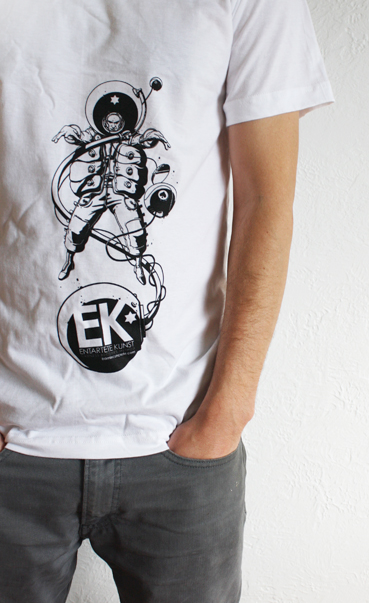 These t's were originally created to accompany prints of my work that were being exhibited and sold through the ARTISHOX gallery in Belgium, and through their online store, ARTISHOPIX. Unfortunately, in late 2013 right before the t's went into production, the ARTISHOX gallery had to be closed due to the owner's personal/health issues. At this point I figured I would sell the t's off my own website, but due to a busy schedule, I ended up sitting on the design for a year. By early 2015 I had found some time to open a shop on my new website and now the t-shirts are up on there for sale. 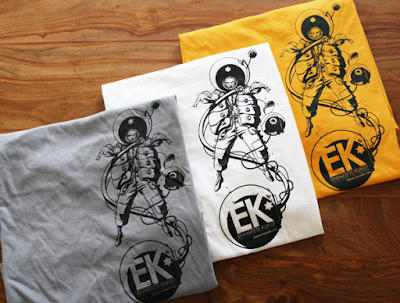 Most of the first batch of t's have sold, but there are a few of most sizes still available. I won't be re-stocking them for some time, as I am moving to France for a year (I'll post about that in the near future), but well see if I can get some going before I get back. So if you want to grab one before they are gone, they are available at: borninconcrete.com/shop/ 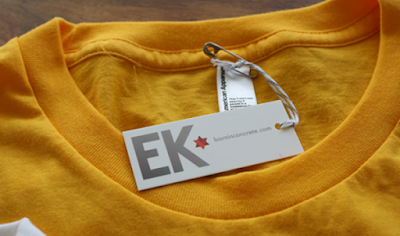 On a positive note, the owner of the ARTISHOX gallery has made a complete recovery, and is doing well, running a media company and is even in the early stages of opening a new gallery.
Posted by Derek Stenning at 1:41 PM