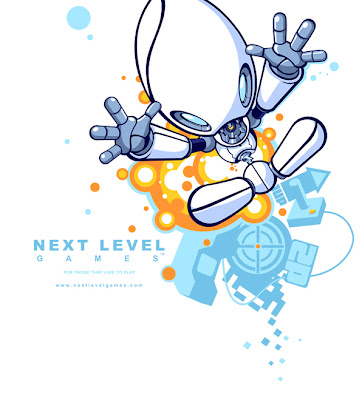 Well, after 9 great years the time has finally come to move on from Next Level Games. My time there was amazing. I had a blast while working on 7 shipped game projects (plus one that is about to wrap up), 7 demo projects, and countless game design pitches. Over the years I also had the opportunity to heavily contribute to the company branding and identity. I learned a lot, and grew not only as an artist, but as a person as well. While the work and the growth were great, the best thing about Next Level has always been the people. They were the ones that made coming to work everyday so enjoyable and rewarding. I've worked with some of these people since the beginning of the company, and others before that at the original Blackbox Games studio. Several of my good friends from animation school work there, along with my good friend Nigel, who I've been sharing my artistic path with since we were 10 years old. So they will all be missed, and walking out of that studio for the last time on Friday is going to be tough.  But it is time for a change.

I'm going to be moving back to Victoria and taking a position as a concept artist at the new Microsoft studio there. I have a couple personal reasons for moving back to Vic. as well, but this is an exciting opportunity. There will be some familiar faces as several ex-Next Level people are working there, along with a few I know from the Blackbox days. 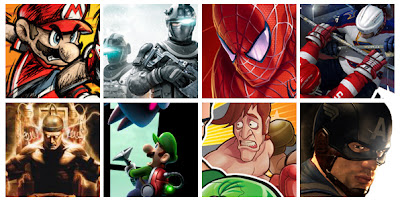 As there will be a lot going on in the next few months, moving and getting settled, things here will be slow, but hopefully I'll find time to work on, and post some new stuff.

As for Next Level I wish them the best of luck. Not that they need it, I'm confident anything they do in the future is going to be great. Cheers guys, and thanks for all the good times!
Posted by Derek Stenning at 11:26 PM