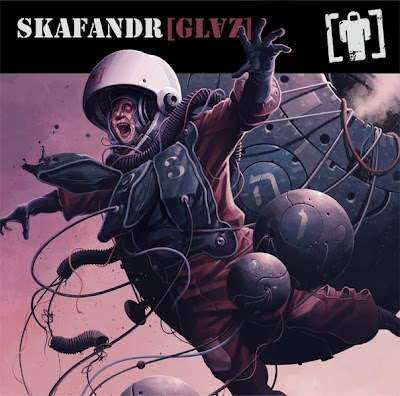 Last year Russian Dub-Metal band Skafandr licensed one of my pieces for the cover of their new album "Glaz". The album has finally seen the light of day, being released last week. The piece used, "Destrudo", was modified slightly with the hexagram on the helmet being replaced with Skafandr's cosmonaut logo.

Skafandr sent me a copy of the album a while back and it is pretty solid. I like some heavier instrumental music like Godspeed you Black Emperor, Pelican and Red Sparrows. This has a more of a Dub influence, a bit more of a groove to it. There are some great tracks and it is worth a listen.

Thanks to Kirill and the rest of the band for the opportunity!
Posted by Derek Stenning at 6:13 PM