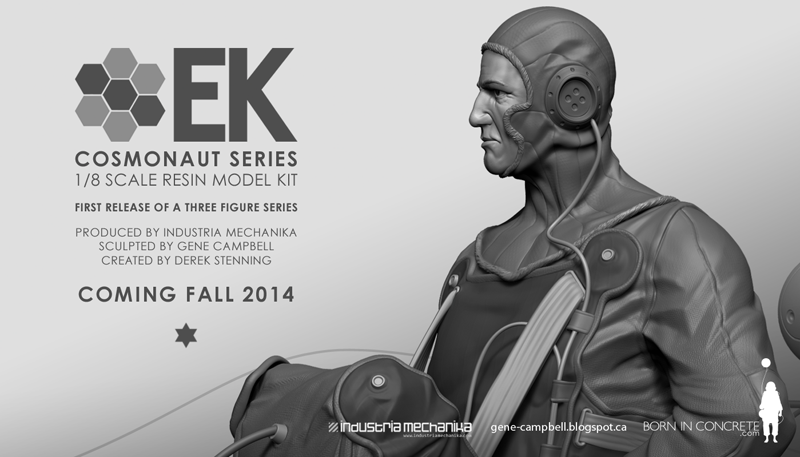 Here is small look at the first release of several of upcoming model kits based on my work and produced by Industria Mechanika. The series, titled the "EK Cosmonaut Series", features 3 figures from an older piece of mine called "Model". The master sculpts were created by the talented Gene Campbell (the same modeller that sculpted the Dystopic kit) and they are amazingly accurate and detailed.

Production again is by Industria Mechanika, so the quality level will be high, and Gene's amazing sculpts will be faithfully recreated in resin. This time around the the models are going to produced at 1/8th scale, so the price point and shipping costs will be lower than the Dystopic kit. We are looking at a fall release for this first figure, then the next two kits will be released in sequence after that. 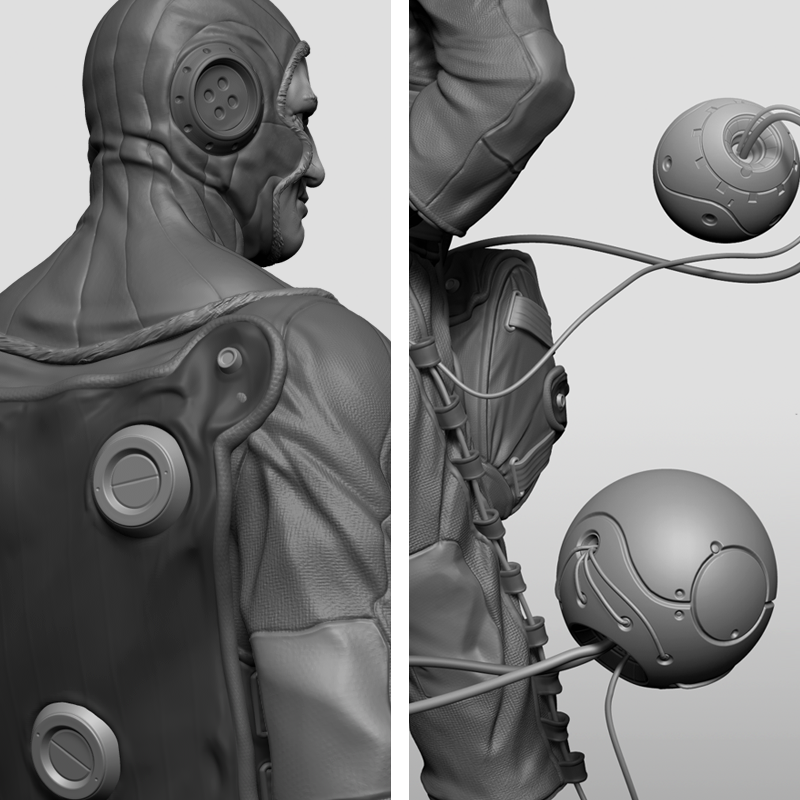 And for those that are still looking for Dystopic kits, they are currently sold out, but a 3rd run is on the way.

I'll keep you posted on dates and details.

Thanks to Michael, Des, and Gene for all their hard work!
Posted by Derek Stenning at 12:58 AM