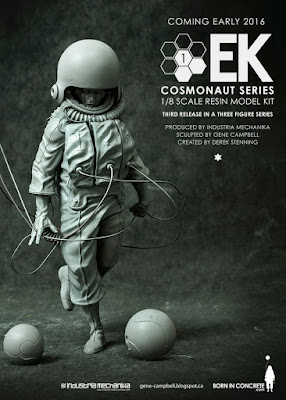 Here is a shot of the master print for the upcoming EK Cosmonaut resin model kit. This is the third and final figure in the 1/8th scale EK Cosmonaut Series (although he is #1....we released them in reverse order....I don't know why!). Amazingly sculpted by Gene Campbell, this figure has the same great level of, and attention to detail, as the previous EK kits sculpted by Gene and released by Industria Mechanika.

This guy should be ready for pre-order in early February, 2016 and will ship out soon after that. I'll post again with the firm dates once I get them from Industria Mechanika. 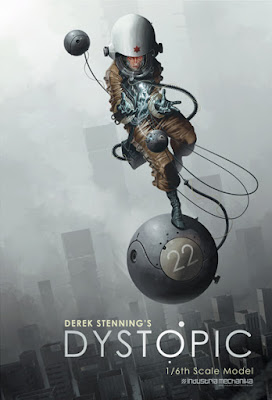 These kits will be shipped in early February 2016.

The 1/8th EK Cosmonaut kits are also in production. Figure #1 in the series should be ready for pre-order/release soon. The 2nd and 3rd figures in the series will also be restocked for a third run in the new year as well.
Posted by Derek Stenning at 9:52 AM 1 comment: 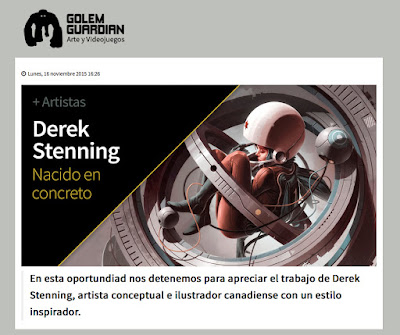 A nice feature on my work at Spanish language game art site Golem Guardian. Check it out here. Ariba!
Posted by Derek Stenning at 9:44 AM 3 comments: