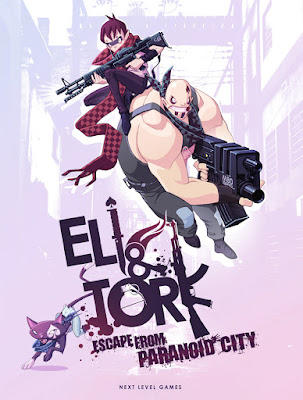 Here is an oldie......but in my opinion, a goodie. I usually spend some of my downtime over the holidays cleaning out old files, unused .psd's, etc. from my computer. While doing this I came across these character designs for an old pitch done years ago with Next Level Games.

The pitch was for a fun, colourful, but somewhat violent co-operative rail shooter called Eli & Tork: Escape From Paranoid City. The story took place in a dystopic future, and was centred around these two toughs, Eli and Tork,  and their cat Mr. Whitepants. When Mr. Whitepants disappears into a crack in the walls of Paranoid City, a massive walled prison complex (think Escape From New York), Eli and Tork have to break into the prison, find Mr. Whitepants, and then battle their way out again. The game's tagline pretty much sums it up: Breaking in to Paranoid City was easy. Getting out is another story. 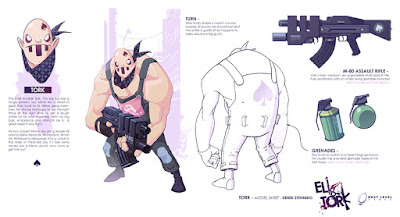 The design was fairly well received, and the mechanics of the design were used as a basis for two different projects developed at Next Level Games. Unfortunately the publishers of these projects eventually decided to graft their own IP's onto the design...being more comfortable going with something established instead of taking the risk of developing something new (these projects didn't turn out very well....but that is another story), and Eli and Tork were left to gather dust in the dark recesses of my hard drive. 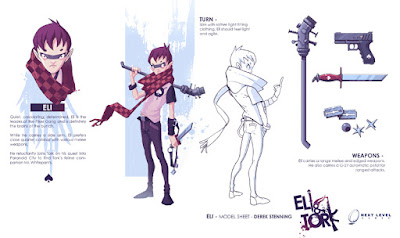 There were a few more concepts created for this pitch....screen shots and a couple promo pieces, but these haven't faired as well against the test of time. While this material is old it still has for me a  charm, a sense of nostalgia, and the thoughts of what could have been. Anyways, since these guys got the shaft twice, I figured they at least deserved a blog post! 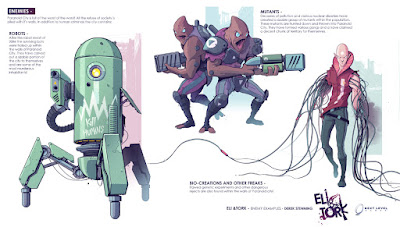 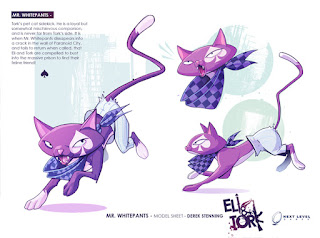