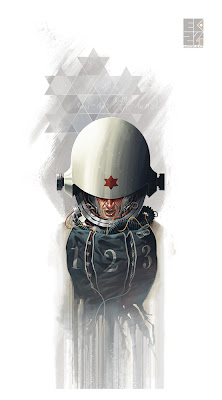 For the last three years every January/February has been a rough time of year for me. With kids that during the winter months are bringing home illness, and me, with what must be one of the weakest immune systems known to man, I'm constantly sick. This aligns with a number of mandatory social engagements that cannot be missed. Work at the studio always seems to be crazy busy during these months and I usually have a number of side projects on the go that require attention. This all adds up to me being completely drained physically and mentally.
I think I stated working on this piece in anticipation of all this descending on me but so far this year has been different. I haven't been sick (unfortunately the kids still have), mandatory social engagements have been minimal (and the ones I have attended are enjoyable because I don't feel like crap), and work at the office hasn't been busy at all. My energy levels are high and I'm excited about the side projects and personal work that I have on the go.
Now I'd like to think that I felt the need to work on this piece because I was being told that I was done with be plagued in this fashion. Time will tell. Knock on wood!
Posted by Derek Stenning at 9:24 PM 2 comments: 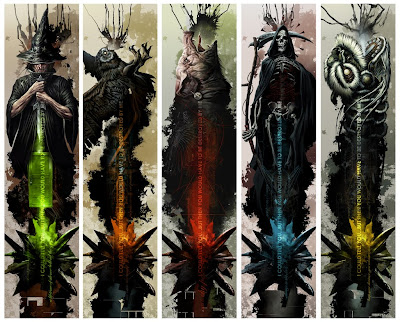 I Could Tell You But Then You Would Have To Be Destroyed By Me is group of five pieces created for Endeavor Snowboard Design's High 5 Board for the 2011/2012 season. The project was based on material from Trevor Paglan's book of the same name. This wonderful book is an examination of the visual culture of the American Military's black/classified programs, presented through the patches worn by the units involved in these programs. For each of these mysterious patches obtained by Paglan, a rough history is given and the obscure symbolism is deciphered (or at least an attempt is made). It is a small but fascinating glimpse into a hidden world.

Max Jenke from Endeavor gave me the book, asked me to read it, and come up with a graphic based on, or inspired by the contents. I struggled with it at first. While I'm a bit of an aviation geek and know some of the history of this material, I had a hard time getting over the bravado and cheesiness of it all. But I had faith in the idea and there was enough interest in the symbolism involved so I sunk my teeth into that and learned to embrace the less desirable aspects of the material.
The central figure in each piece is an interpretation of the major design element of a particular patch. This central figure bleeds out into a dark area that contains elements from the symbolism and history of the program that the patch relates to. These elements are faint, incomplete and obscured, and this, along with the heavy use of black speaks to the idea that these projects are from a world hidden from view. As a large portion of the patches in Trevor Paglan's book deal with projects that involve aircraft, at the bottom of the frame is a mash up of aircraft, both real and theoretical, that were developed out of American black military projects. Again these elements are kept dark and obscured. 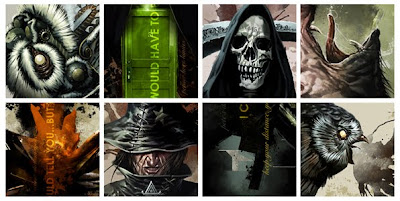 The work presented here are the pieces in their original form. They were lengthened for use as topsheet graphics on the snowboards, and base patch graphics were designed for each board. I'll post images of these in the future when I get some shots of the prototypes from Endeavor.
Posted by Derek Stenning at 9:16 PM 3 comments: 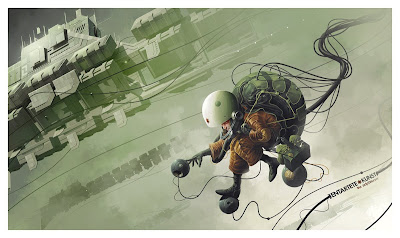 Here's one that I've been picking away at for awhile in between a few other projects. After working on a few EK pieces that were a little more conceptual in nature it was nice to get back to the free form, and work on something that was looser and a little more impromptu. This one started as a rough character sketch that I thought looked like a turtle, so everything grew out of that. There is some symbolism involved but it is secondary to the image and I won't go into that here. 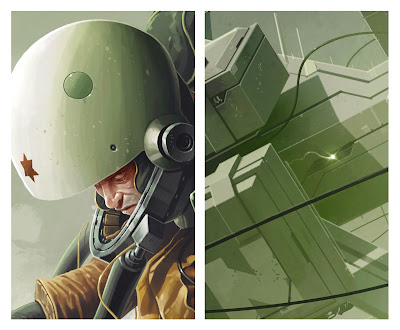 Higher rez., and details at my Flickr.
Enjoy!
Posted by Derek Stenning at 10:52 PM 2 comments: 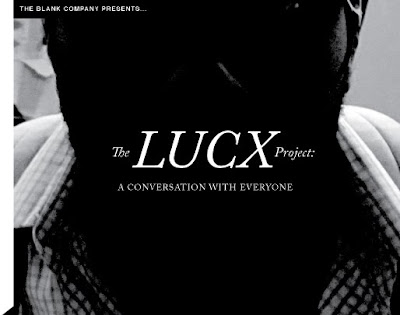 I recently did an interview for the LUCX Project, an ever growing collection of interviews with creative individuals compiled by the Blank Company. You can read the interview here.
Thanks to Otis from the Blank Company for inviting me to be a part of this.
Posted by Derek Stenning at 9:41 PM No comments: