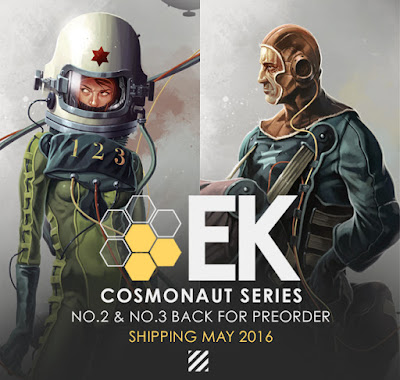 The 1/8 scale EK Cosmonaut .02 and .03 resin model kits are restocking at Industria Mechanika and are available for pre-order now. The ETA for the shipping of these kits is the first of May 2016.

EK Cosmonaut  .01 is coming... but unfortunately it won't be ready for orders until May, and will ship after that.  Also around the same time Industria Mechanika is planning on have another round of 1/6th scale Dystopic kits ready for orders as well.

I will post again when these are kits are ready. Thanks! 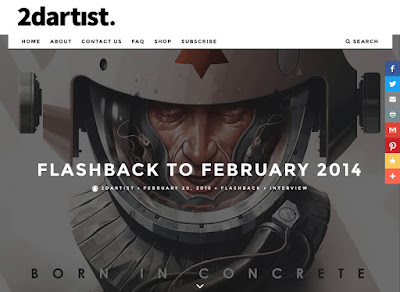 A blast from the past.....2D Artist Magazine published an old interview I did with them on their website.......so if you didn't pick up a copy of the magazine back then, here is a chance to read it!

Check it out here. 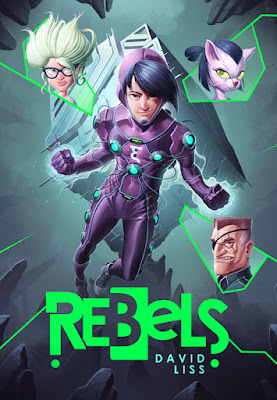 Here is a cover illustration I did for Rebels, the follow up book to Randoms, David Liss's young reader, sci-fi, action-adventure epic. As with the first book, the illustration is a full cover wrap, including the inner flaps, and features the protagonist Zeke Reynolds and portraits of the other main characters from the story. The graphic line elements were retained from the first cover, although in a more aggressive way, and again I created the logo for the book.

Randoms was well received, and this sequel shares the same level of humour, action, and drama as the first book. Those who liked Randoms won't be disappointed.

Rebels is due for release late summer 2016 by Simon & Schuster......and hopefully a third instalment will follow!

Thanks to Lizzy Bromley at Simon & Schuster.
Posted by Derek Stenning at 5:17 AM 1 comment: