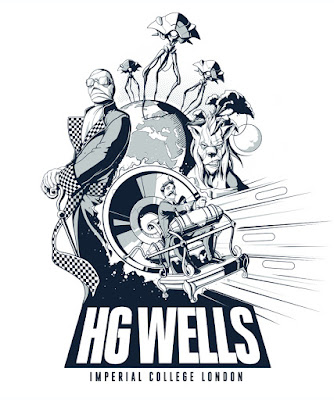 Given the schools focus on science, medicine and engineering, the graphic features elements from four of Well's best known science fiction novels: The Time Machine, The Island of Dr. Moreau, The Invisible Man and The War of the Worlds. 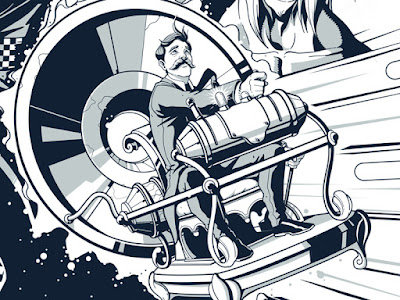 I'm not a big fiction reader, so I admit that most of the visual inspiration for this came more from the old film adaptations of these stories....the Invisible Man and that old school time machine in particular. I took a few more liberties with my alien walkers from War of the Worlds, and Hyena Man from the Island of Dr. Moreau (which was much more scary in my original version, and I had to dial him back a bit), but both are still very familiar in design. As a nod to Wells I used him as a model for the time traveller, with his big moustache and his somewhat droopy eyes. 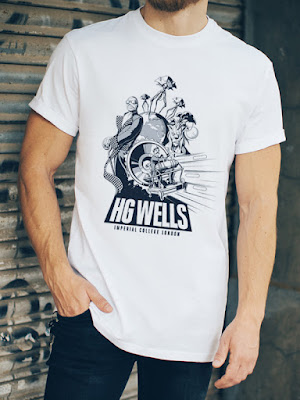 The graphic is being used for a t-shirt that is being offered as a prize for alumni and staff that write in to the Imperial Magazine describing what they would do if they had access to Wells-like time machine. 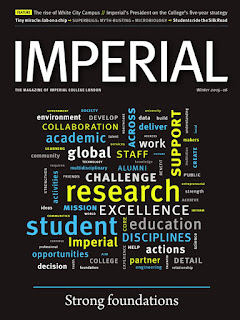 Thanks to Beth Elzer and the Imperial College of London.
Posted by Derek Stenning at 10:13 PM