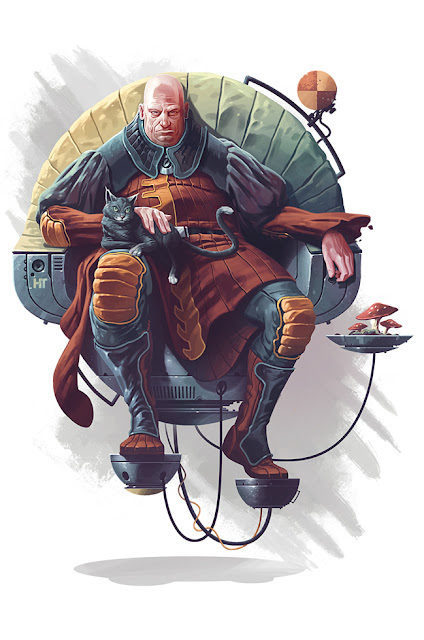 I have a spot illustration appearing in the tablet edition of Wired magazine this month. The illustration is a rendition of cult science fiction character Haviland Tuf. I had never heard of Haviland Tuf before doing this illustration, but it is my understanding that this character has quite a large following among science fiction fans. Haviland Tuf appeared in several short stories written in the mid 70's to the mid 80's by Game of Thones author George R. R. Martin. These short stories were then collected together into a single book called Tuf Voyaging in 1986. Due to the success of Game of Thones, and the increased interest in Martin's work, Tuf Voyaging is being republished (the first edition in 10 years). 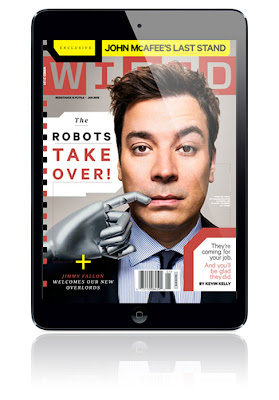 This was a fun little gig, as I found the Haviland Tuf character pretty interesting and unconventional.  He also hasn't been visualized too many times before, so I felt free to give him my own interpretation.

Thanks to Gus Wezerek at Wired for the input and the opportunity.
Posted by Derek Stenning at 12:46 PM