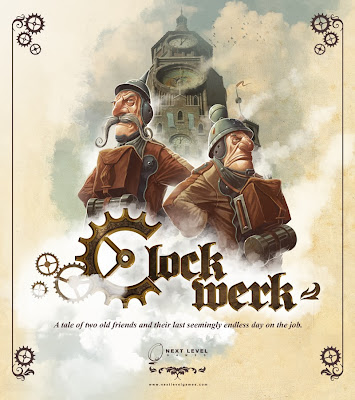 A while back I posted about updating my website with some of the concept art I did for the Captain America: Super Soldier game, and at that time I mentioned posting some more of my production art in the future. Well it has taken longer than I thought but I finally got around to updating my website with some concept art from a game design pitch done a few years back at Next Level Games called Clockwerk.

This was a fun little design pitch that featured two bitter old caretakers, called Hausmeisters, that worked in the World Clock that governed all time in the universe. On their last day on the job the World Clock is invaded by Gremlins, and they have to repair the clock to restart time so they can finally retire! I won't go into the game mechanics here other than that it was a kind of puzzle game that involved rolling, floating, and some combat elements. 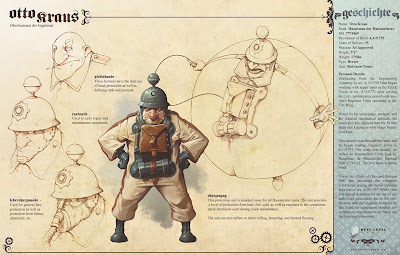 Almost all of the work I did for this pitch was character design along with a few promotional pieces. There was some more environment and some gameplay concept pieces created for this project, but most of it was handled by art director extraordinaire Barret Chapman (who also did all the animation for the animatic.....what a guy!). 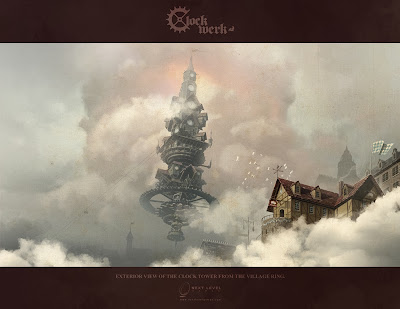 This design pitch was picked up by a major publisher only to be dropped a few weeks later when it was discovered that another division working within that company had a project with almost the same game mechanics (and they were 2 years in!). That's the way it goes sometimes…… 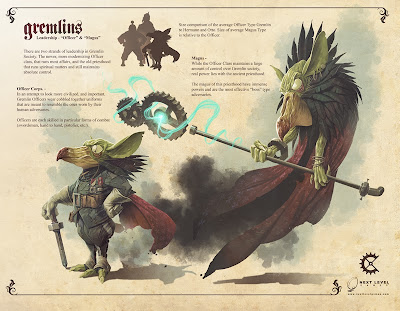 I've also added a "Selected Media" section to my portfolio on my website to feature various appearances of my work across different forms of media (print, web, video etc.) for those interested in such things. Check it out here.
Posted by Derek Stenning at 9:58 PM