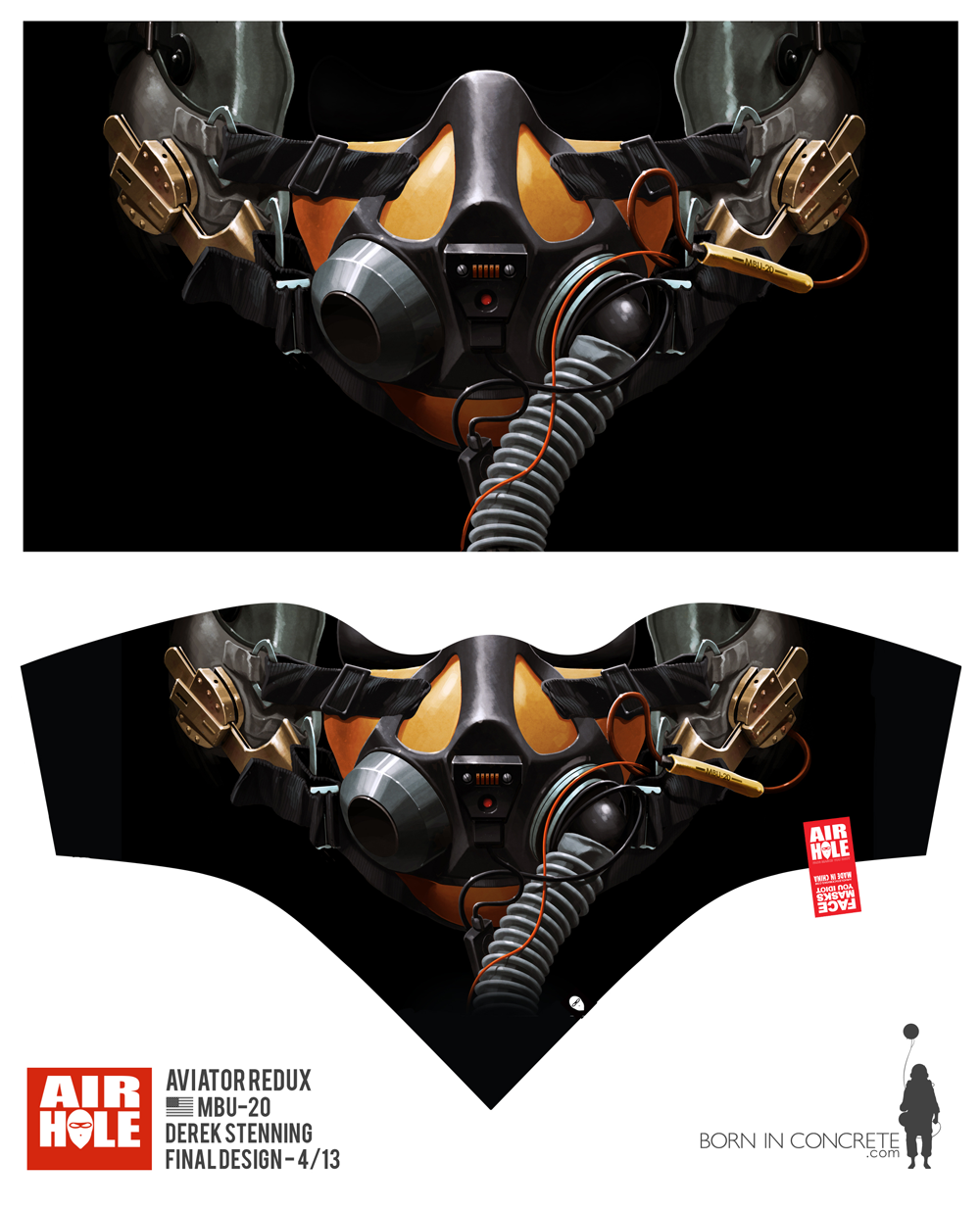 A few years back I created a line of flight mask graphics for leading ski/snowboard facemask producer Airhole. This line of masks, titled the "Aviator Series", was only released in the 2010/2011 season and quickly sold out. Over the last few years I have received numerous emails from people looking for these facemasks. Well I'm happy to say that a new edition of one of the masks from the Aviator Series has been reproduced for Airhole's 2015 collection. So if you missed them before, here is a chance to get your hands on one! 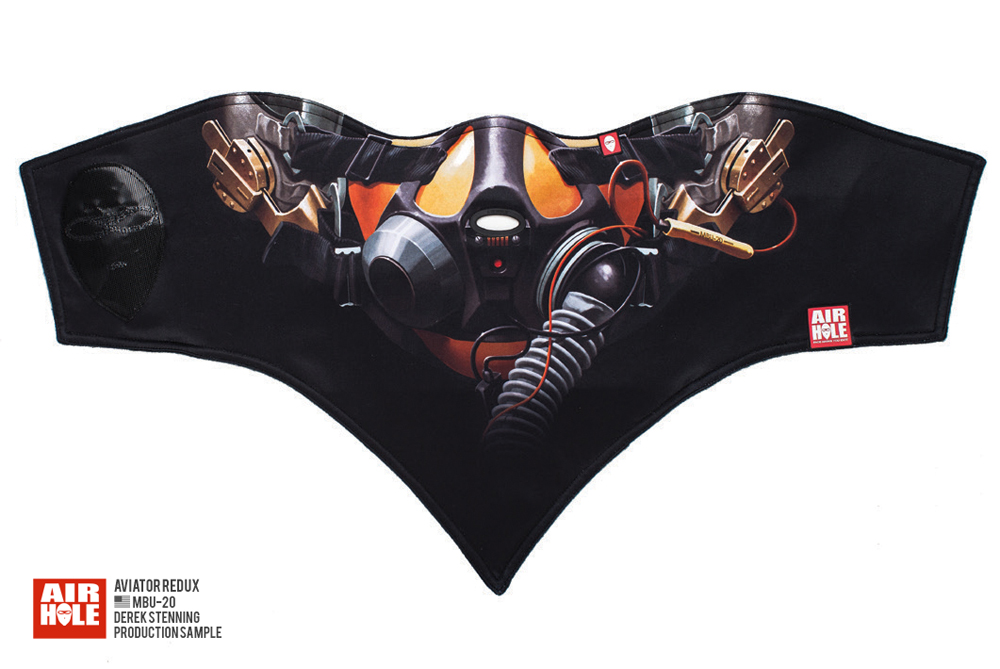 The graphic is an updated version of one the pieces the from the original Aviator Series, the American MBU-20 flight mask. The original versions (2 American and 1 Russian flight mask) were faithful recreations of the actual flight masks, using the the subdued colours of the rubber, plastic and metal construction found on the actual masks. But on this new version, to change things up and to give the graphic a little more "pop", the inner shell of the mask was painted a bold gold/yellow colour. 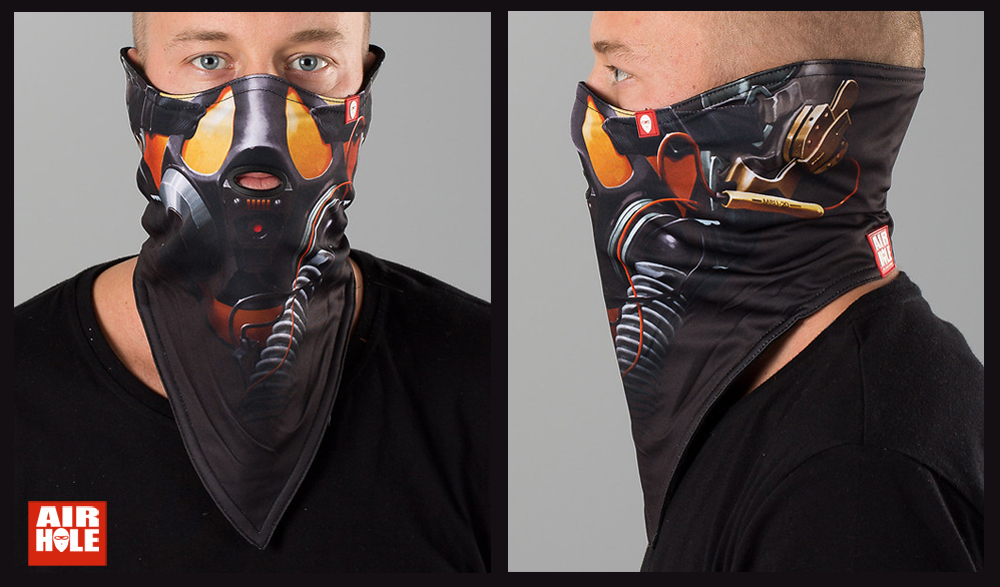 If you are interested, get one before they are gone again….I don't think that there will be a third run! Go to the Airhole site to find the dealer nearest to you.

Thanks to Max and the guys at Airhole.
Posted by Derek Stenning at 9:11 PM