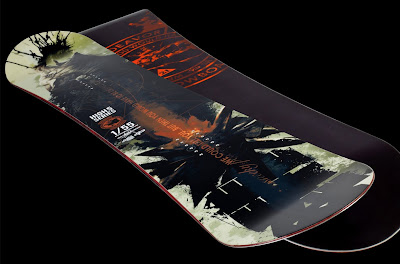 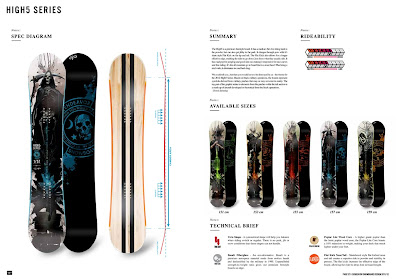 As mentioned in a previous post, here are the graphics for Endeavor's High 5 board for the 2011/2012 season. These graphics differ from the original "I Could Tell You But Then You Would Have To Be Destroyed By Me" pieces in that they have been lengthened to fit the boards, minor text changes (the title pluralized as Max Jenke thought it would better represent the Endeavor crew), and the addition of patch graphics and info. text.
The base graphics are patches that incorporate the central figures of the topsheet image as well as some of the other symbolism of the patch that inspired that particular board.
The top image is a promotional shot of the 155 "Sneeky Pete" board, the second is from the 2011/2012 Endeavor catalogue and the third is my final design sheet. 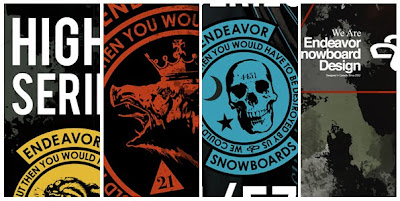 Posted by Derek Stenning at 3:44 PM