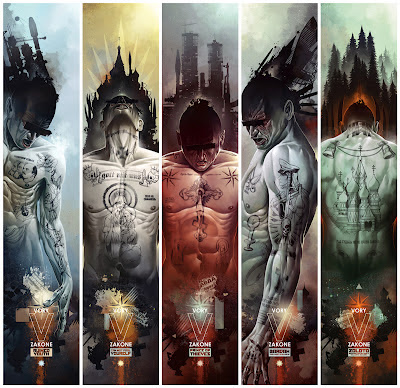 This is a series of pieces created for Endeavor's new High 5 snowboard for the 2012/2013 season. Max Jenke at Endeavor set the direction for this one, asking me to look into Russian prison tattoos. I started with a few great online resources, found a couple books and watched Alix Lambert's "Mark of Cain", and Cronenberg's "Eastern Promises". As I dug through the material I became fascinated by the rich language of the tattoos and became interested in a shadowy group known as the Vory V Zakone. Vory V Zakone, Russian for "Thieves in Law", is a title bestowed upon respected and high ranking criminals that follow a strict set of rules known as the "Thieves Code". The Vory V Zakone came into being in the early Soviet period as a ruling group within the swelling prison population of the gulags, and went on to become a highly influential part of the world of Russian organized crime.

The central aspect of these pieces are the tattoos. Inmates in Russian prisons use a detailed set of tattoos to indicate their position or rank within the prison hierarchy and the criminal underworld. These detailed pieces of art, often created using primitive, hobbled together equipment, are steeped in symbolism and meaning. For example a rose indicates that the wearer went to prison as an adolescent, while a tattoo of Mary with the baby Jesus represents that the individual was born a criminal. 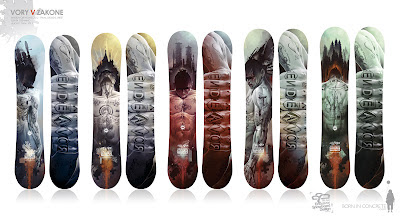 Each board graphic is centered around a specific tattoo. The 157 is "BARDAK", Russian for "whorehouse" and used in prison parlance to mean "this is what is killing us", and features a collage of vices: drugs, alcohol, women, violence etc. On the 155 the focus is an orthodox crucifix tattooed on the chest which means "Prince of Thieves" and that the individual is a high ranking Vor.


These tattoos are displayed on figures that are also adorned with secondary tattoos and have their identities hidden. Behind and below the figures are collages of weapons, Russian icons, maps and symbols that relate to the essence of the meaning of that particular tattoo and speak to the criminal/prison theme of the series. 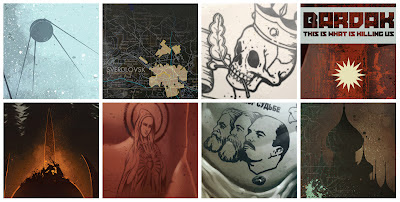 Originally I had intended to keep these pieces grey scale or with subtle blue wash in an attempt to capture the look and feel of the wonderful period photographs of Russian prison inmates and their tattoos that I had been using for reference. But due to marketing and product differentiation reasons Endeavor requested that the boards be coloured. I've always been a fan on Russian aviation camouflage so I used the colours from those patterns as a starting point and massaged them further.

For the base graphic we used the letters of "Endeavor" encased in the frames of Russian prison ring tattoos across the fingers. The same base graphic is used across all the boards in the series, just coloured to match each individual top sheet.


Below are few pages from the 2012/2013 Endeavor catalogue featuring the production versions of the boards, tech specs. etc.. 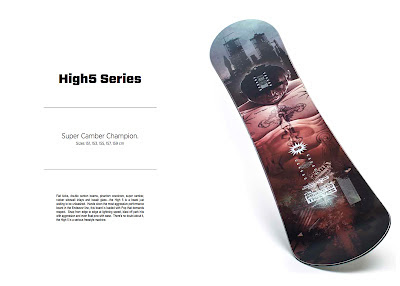 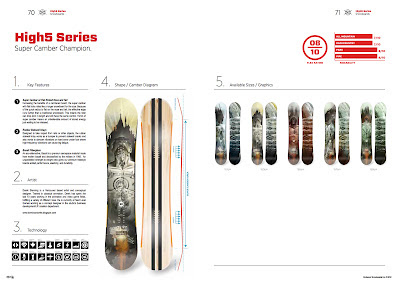 These boards are currently being promoted along with the new Endeavor line (including some more great work from Rory Doyle) on the trade show circuit and should be available late summer/early fall 2012.

Thanks to Max, Rob and Jason at Endeavor for their input and support. Catalogue images courtesy of Endeavor Snowboard Design.
Posted by Derek Stenning at 11:05 PM