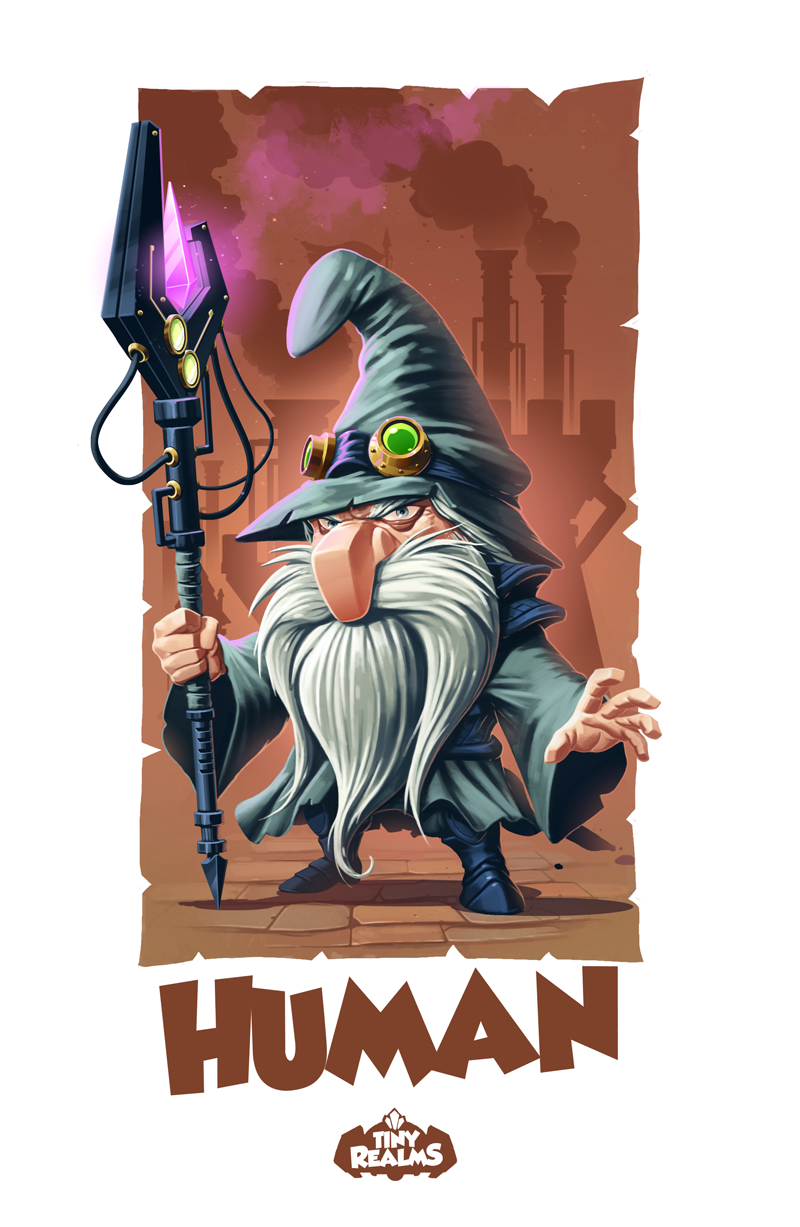 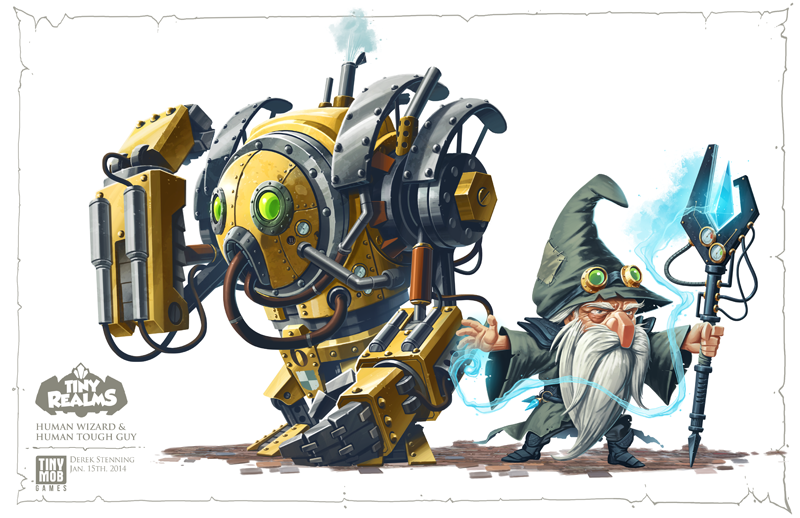 As mentioned in the last post the visual style of Tiny Realms is quite playful, utilizing exaggerated proportions, a "cartoony"sensibility, and iconic fantasy design motifs. It can be a fun style to play around with. As promotional pieces I was painting these up using character designs created by Mike Deas and Paul Dowd over at Tiny Mob. 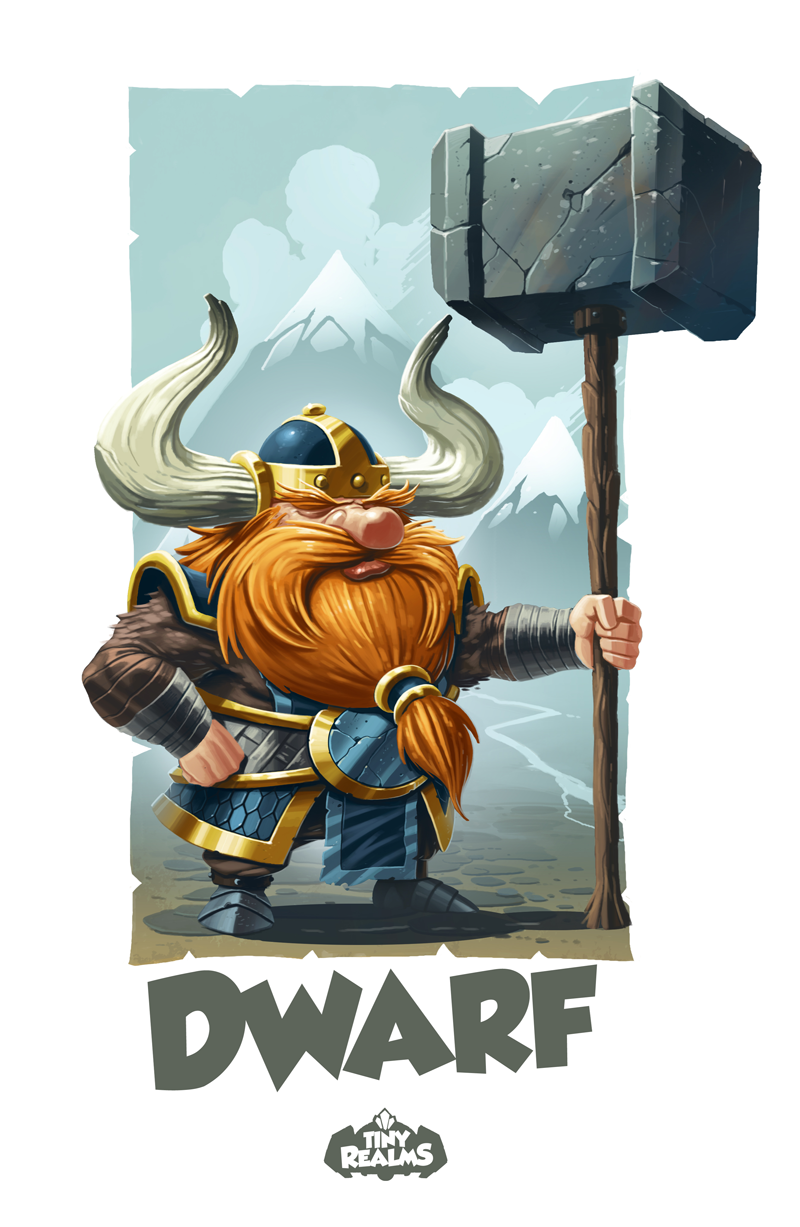 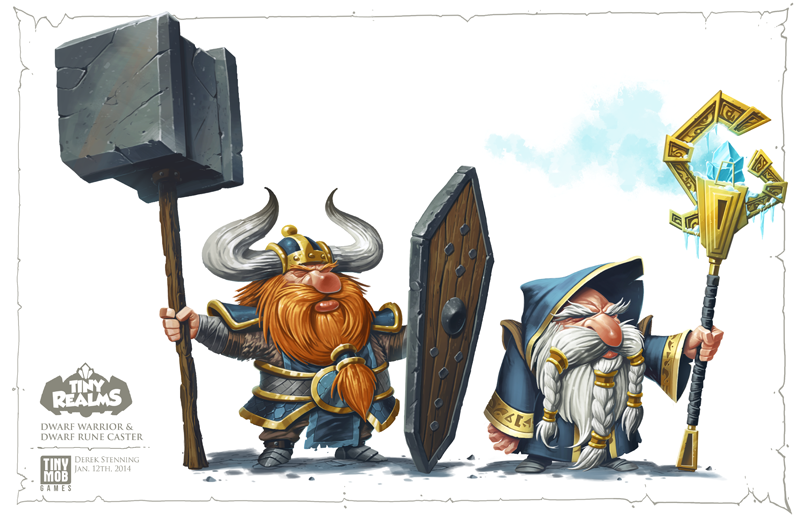 Several character/unit types from three playable factions: Human, Dwarf and Tegu, which will be available in the initial release of the game, are featured in these promotional pieces. 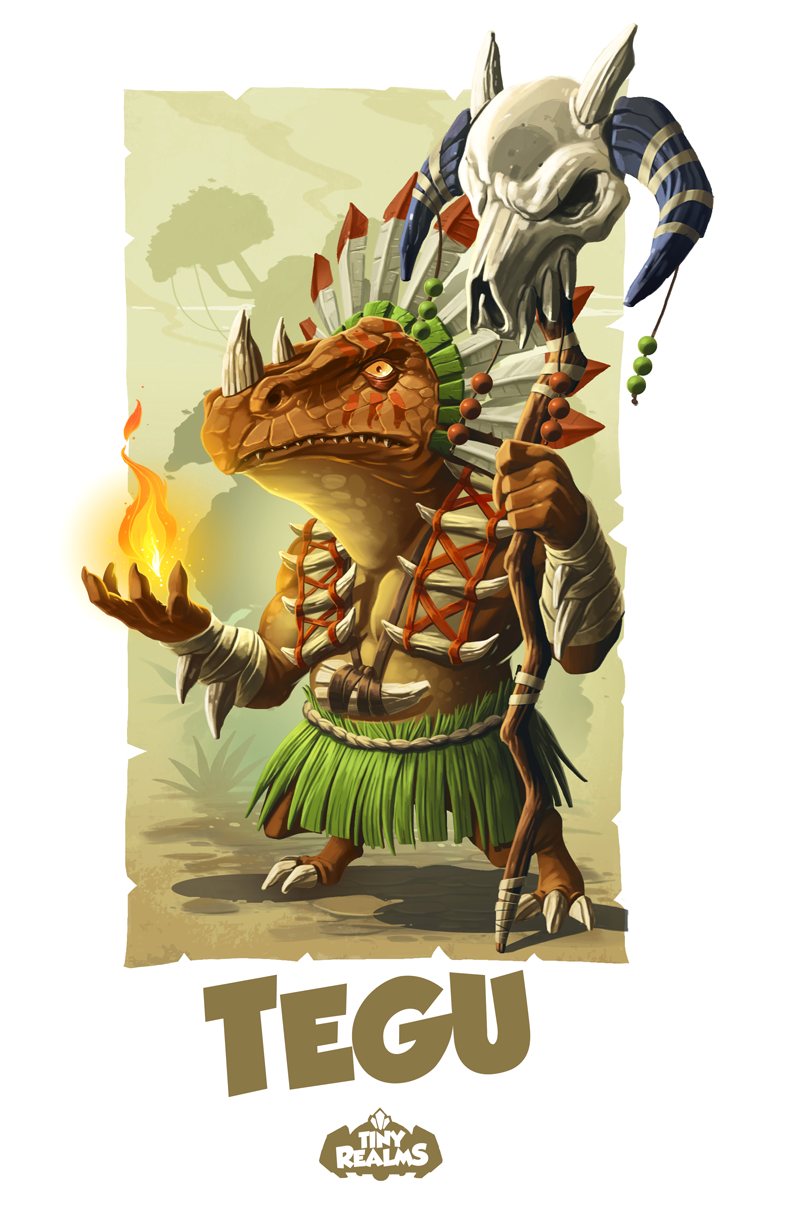 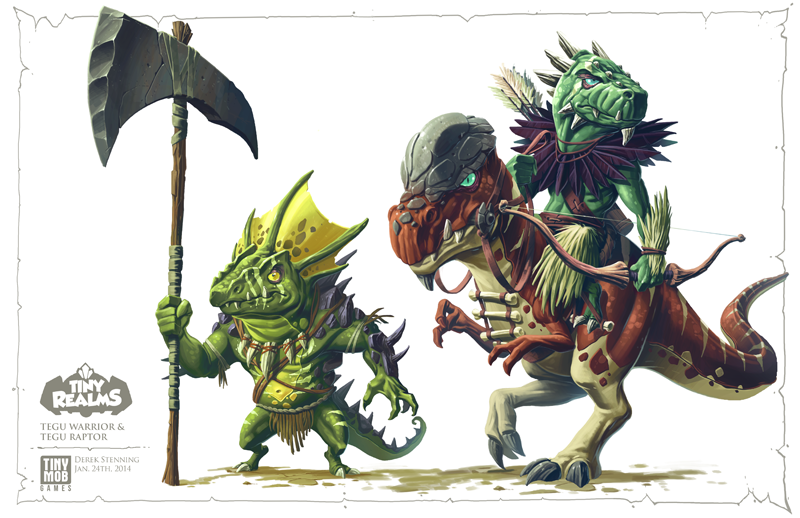 Finally here are couple character types from a fourth faction of Orcs, that is also present in the game as an adversarial group. I believe there are plans to make this a playable faction in the future. 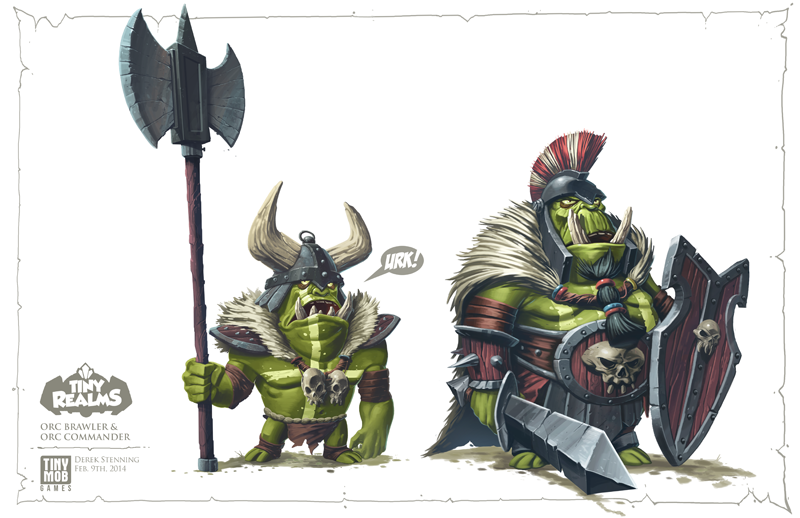 Tiny Mod are launching a limited release of Tiny Realms later this month. A wider release will follow sometime after that, probably in the fall. For more info. on Tiny Realms check out the sites:

Thanks to the guys at Tiny Mob!
Posted by Derek Stenning at 11:44 PM